January auction has now ended - thanks for bidding.  ¦  Read how our services are impacted by: COVID-19 and Brexit. 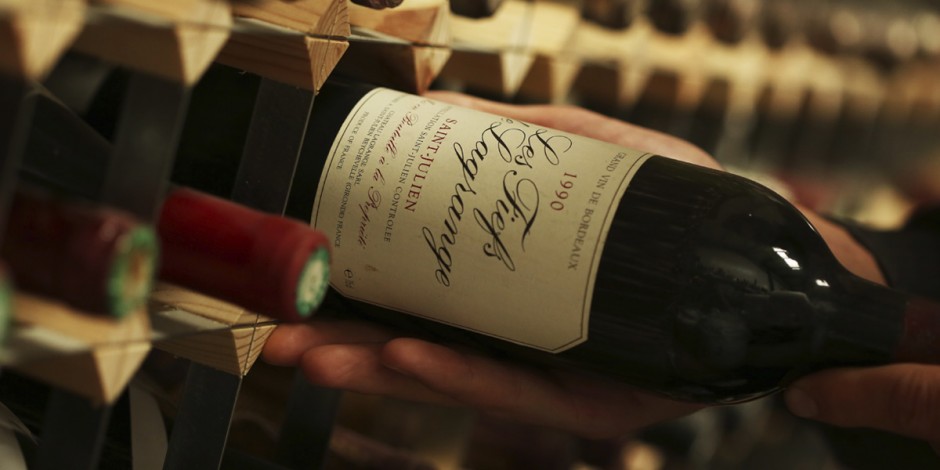 As we are all spending a little more time at home, we’ve put the focus on some of our favourite auction-finds this month to keep your wine rack fully stocked; from weeknight reds that (at the time of writing) won't break the bank, to special occasion sips, each selected are high-scorers, all over 90 points, that will impress.

We’ve compiled a selection of wines that your wine rack should never lack with some of the most popular red varieties, including bold Aussie Shiraz, world class Lebanese wines and must-have Bordeaux-style blends

BRING OUT THE BORDEAUX-STYLE BLENDS

From one of Chile's most celebrated winemakers and original fine wine estates comes this Bordeaux blend, a highly coveted and awarded wine produced in painstakingly limited quantities. 94 points by Wine Spectator.

A distinctive Bordeaux varietal wine of exceptional character from Duckhorn Vineyards in Napa Valley. The finesse of Bordeaux meets the big, bold styles of California. 92 points by James Suckling.

A wine that needs little introduction, the Penfolds winery have been producing iconic expressions to rival the finest Bordeaux wines for over 150 years. 95 points by Robert M Parker.

RAISE A GLASS TO THE ITALIAN GREATS

Italy is a prolific and wonderfully diverse winemaking country, offering a vastness of different expressions, styles and characters for your wine rack.

Montevertine is one of Italy’s great wineries; at only 11 hectares where it may lack in physical stature, it makes up with in its winemaking prowess. Le Pergole Torte is their flagship wine, produced exclusively from 100% Sangiovese. 97 Points by Antonio Galloni, Vinous

From one of the Langhe regions most admired estates, Giuseppe e Figlio (Mauro) Mascarello, we have a set of classically crafted Barolo’s, ‘Perno’ and ‘Villero’. Mauro Mascarello is considered the last remaining giant of the great Barolo generation. Both expressions have scored 96 points by Wine Enthusiast.

From the exceptional 2000 vintage in Bordeaux, this is the second wine of the St. Julien 'Super Second' Leoville Las Cases, regarded as an unclassified parallel wine. 94 points by Wine Spectator.

From the lesser-known Northern Rhône Valley appellation of Saint-Joseph, this Syrah comes from the quietly understated Pierre Gonon vineyards which produce exemplary wines typical of the appellation. 95 points by Antonio Galloni, Vinous.

This classified estate is part of the Rothschild family empire and close neighbour to Chateau Mouton Rothschild.Their wines stand apart from those of its neighbours with the inclusion of the deliciously perfumed Cabernet Franc varietal to the blend. 92 points by Antonio Galloni, Vinous.

ONE FOR THE WINE ADVENTURERS

Lebanon is one of the oldest wine-growing regions, and one that is starting to make a lot of noise. Lebanese winemakers are turning the heads of international wine lovers as they deftly strike a balance between modern and traditional winemaking methods.

Chateau Musar is Lebanon's most revered estate, renowned for its compelling Bordeaux-style red blends; but this 1999 Musar wine is no Bordeaux imposter. Musar's wines are unique expressions of Lebanon's ancient wine-making culture with a distinct character and innate charm. 18.50/20 points by Jancis Robinson.

This highly complex, well concentrated and critically acclaimed Syrah comes from Clarendon Hills, a family-run winery in Clarendon, Australia. Astralis is the jewel in Clarendon Hills crown and is classified as Exceptional, the highest rank in Langton's Classification of Australian Wine. A ludicrously impressive 99 points by Robert M Parker.

Meerea Park is based in Hunter Valley, Australia and are renowned for producing exceptional wines from the best parcels of Shiraz fruit. 'BLACK' was introduced as a one off commemorative wine to immortalise the sublime 2011 Shiraz vintage, but when 2014 came along they had to reconsider. 95 points by The Wine Front.

Auction Highlights: J.L.Chave Cathelin 1990 Ermitage
Discover more about this historic rarity as we explore this iconic bottle and the legendary producer behind it.
1
0

August 2019 Auction: First Impression and Highlights
Have a read of our auction details for some inspiration on what to look out for.
3
0