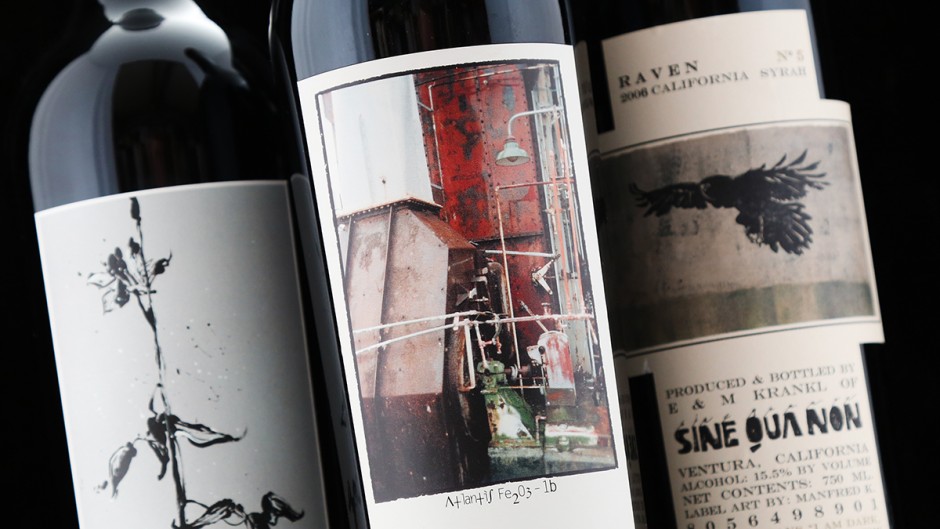 With three vintages from Sine Qua Non featuring in our June 2020 Auction, we delve into the Californian cult winery and discover the producer behind the iconic bottlings.

Sine Qua Non is a unique cult winery based in California, specialising in bold, gutsy Rhône-style blends. Established in 1994 by Manfred Krankl - an Austrian expat and ex-managing partner of a restaurant and bakery - and his wife Elaine, their intentions were innocent and clear; to set out on a passion-project creating some of the most compelling and delicious wines. Purchasing fruit from Californian vineyards, they produced 100 cases of the first Sine Qua Non wine, named "Queen of Spades", and as they say - the rest is history. This first release raced the motors of wine lovers and critics the world over and quickly put Sine Qua Non on the wine-map as a legendary Californian icon. Today, Sine Qua Non is one of the most high-scoring and sought-after names in the wine world attracting a devoted community of wine lovers and collectors over the years.

The exclusivity of Sine Qua Non is highly attributed to its producer Manfred Krankl, an eccentric motorcycle enthusiast who transmits his quirky personality into the production of his wines. Robert Parker describes Sine Qua Non winery as “a set scene from the movie Mad Max” but also as “One of the world's most creative wineries...turning out world-class wines of extraordinary complexity and individuality”. While the base grapes for the Sine Qua Non red wines are generally Syrah, Grenache and Mourvedre, no two vintages are likely to taste the same due to the grapes being mixed in different quantities. This innovative approach results in high-quality wines that strike the perfect balance between attractively concentrated and distinctive yet graceful and elegant. Sine Qua Non wines always score high 90’s - with some vintages even achieving the coveted 100-point accolade. Part of the allure and infectious collectibility of the wines that emerge from this “garage winery” is the fact that each wine is completely unique. Each vintage has a unique label hand-drawn and designed by Krankl himself. Each bottle-shape is purpose-built, representational of the personality of the specific vintage held within. This avant garde approach is part of the hard-core tradition at Sine Qua Non, and epitomises the artistry inherent in each stage of the products creation.

Since the establishment of Sine Qua Non winery, Manfred Krankl has moved from sourcing fruit from different vineyards to owning and growing his own grapes. Currently, most of the fruit used for the production comes from his four vineyards: Eleven Confessions on Santa Rita Hills, Cumulus in Oak View, The Third Twin in Los Alamos and Molly Aida Tepusquet Canyon. The excellence of the wines is influenced by the meticulosity at every stage of the production. Particularly the blending process that can take months and is considered central to the success of Sine Qua Non by Manfred Krankl. This devotion is attested by Antonio Galloni who says that “The sheer drive for perfection and attention to detail at Sine Qua Non is something I have rarely witnessed anywhere else in the world”.

As well as its high quality and the uniqueness of each vintage, the collectability of the Sine Qua Non is also increased further by its rarity (only 3,500 cases are produced each year) and exclusivity. Virtually the only possible way to buy the wine is through the mailing list (which is rumoured to have a wait list that ranges from 5 to 10 years) or on the secondary market.

Highly regarded by wine lovers, collectors and investors, the legendary Sine Qua Non wine is a must-have for any serious oenophile. The Sine Qua Non collection is not only one dedicated to the craftsmanship of the liquid itself, but an exciting and diverse collection of modern-day art.

Producer In The Spotlight: Henri Jayer

Discover the story behind one of Burgundy's greatest vintners, Henri Jayer