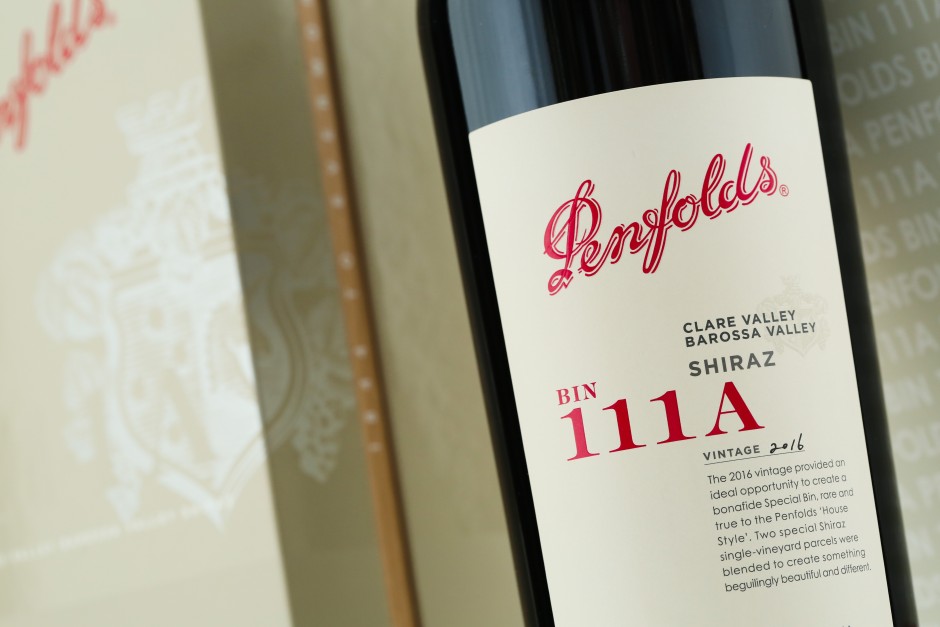 Penfolds is an Australian winery established in 1844 at Magill Estate near Adelaide by Dr Christopher and Mary Penfold, who emigrated to Australia from the UK. Initially, the couple focused on fortified wines that were used by Dr Penfold for medicinal purposes, however, as the cultivation of grapes elevated year after year so did the request for the Penfolds’ wines, leading to an increase in the production of red and white table wines.

Following the premature death of Dr Penfold in 1870, Mary Penfold was left in direct control of the wines production. At the helm of the company, Mary oversaw a crucial period of the brand’s history cementing values that continue on today. An arduous journey of personal commitment (in 1874, a journalist reported that the entire blending process was “done under Mrs Penfold’s personal supervision”) and exploration into experimentation, Penfolds was soon producing one third of South Australia’s wine. In 1886, Mary retired ceding management to her daughter Georgina, and by 1907 Penfolds became the South Australia’s largest winery. Penfolds’ determination and quality have been recognised for over a century establishing it as one of the most coveted wineries in the world.

Penfolds source the fruit from their own vineyards located in South Australia, a notable viticultural region, resulting in its distinctive multi-vineyard winemaking approach that has founded their highly esteemed reputation. Currently, Penfolds own vineyards in six Australian regions. Magill Estate near Adelaide is considered the ‘spiritual home’ of Penfolds and is well-known for the production of Shiraz. Penfolds owns four vineyards in Barossa Valley and vines on the Adelaide Hills, that are characterised by a cooler climate ideal for white and Pinot wines. Penfolds’ vineyards in the McLaren Vale have a typical Mediterranean climate, while the fruit harvested from Coonawarra is mostly used by Penfolds to produce Cabernet Sauvignon and Shiraz. Lastly, Penfolds’ vineyards in the Eden Valley are renowned for world-class Riesling.

Penfolds’ history has embraced continuous exploration of different methods to make wine, but it was in the 1950s that the creation of the renowned Penfolds Grange marked a watershed moment for the company. Penfolds Grange is an experimental wine born under the determination of Penfolds winemaker Max Schubert who drew inspiration from their European contemporaries in Bordeaux, combining Penfolds traditional Australian techniques with inspiration from the production of Bordeaux’s finest cellared-style wines.  Today, Grange’s reputation is celebrated around the world as a global icon of icons.

The creation of Penfolds Grange was only the beginning of an experimental era led by Max Schubert, who started production of the series of ‘Bin Wines’ in 1959, considered “the highlights of Penfolds wines”. The now globally acclaimed red wines take their names from the storage area where they are held and aged (BIN number is the Batch Identification Number which refers to the storage area), with the Bin 28 Kalimna Shiraz made from fruit sourced from the Penfolds’ owned Barossa Valley vineyard becoming the first bottling starting the ‘Bin’ tradition. In Wine Ark's "Australia's Most Collected Wines 2016" list, Penfolds Bin 389 Cabernet Shiraz pinched the top spot, even above Penfolds Grange.

Penfolds is the undisputed leader of the Australian fine wine market, and a globally acclaimed winery that has forged a solid reputation with red wine drinkers for producing some of the most consistent great wines. Penfolds offer wine lovers the opportunity to enrich their cherished collections with world-class icons. The Penfolds wines embody the high quality, innovation and heritage of this historic brand and any bottle adorned with the ubiquitous red cap and recognisable red typography promises an exciting addition to any wine cellar.

Our July 2020 Auction features some iconic expressions from Penfolds, including the much acclaimed Penfolds Bin 111A a very special and rare commemorative bottle released in 2019.

This special bottling was released to celebrate Penfolds’ 175th Anniversary and is the result of the blend of two Shiraz single-vineyard parcels. As the first bottling to be the result of Clare and Barossa Valley fruit blending, Penfolds Bin 111A is truly exceptional and has been awarded a perfect 100 score by Robert Parker’s Wine Advocate. Only 1000 cases were made, making this wine a rarity and a must-have for wine lovers.

Penfolds Bin 707 is a Cabernet Sauvignon matured 15 months in American oak hogsheads. It's first vintage was 1964, produced from multi-regional grapes and adopting winemaking techniques similar to the ones used in the Penfolds Grange production. Unlike the other Bin series wines, the Penfolds Bin 707 takes its name from the Boeing 707 and was released to celebrate Boeing’s 100th anniversary.

St. Henri Shiraz is a time-honoured and alternative sibling of Penfolds flagship wine, Grange. Still dominated by Shiraz, however, matured only in fifty year old foudres to allow minimal oak influence, the St. Henri is a unique expression which demonstrates the pure character of the shiraz grape.