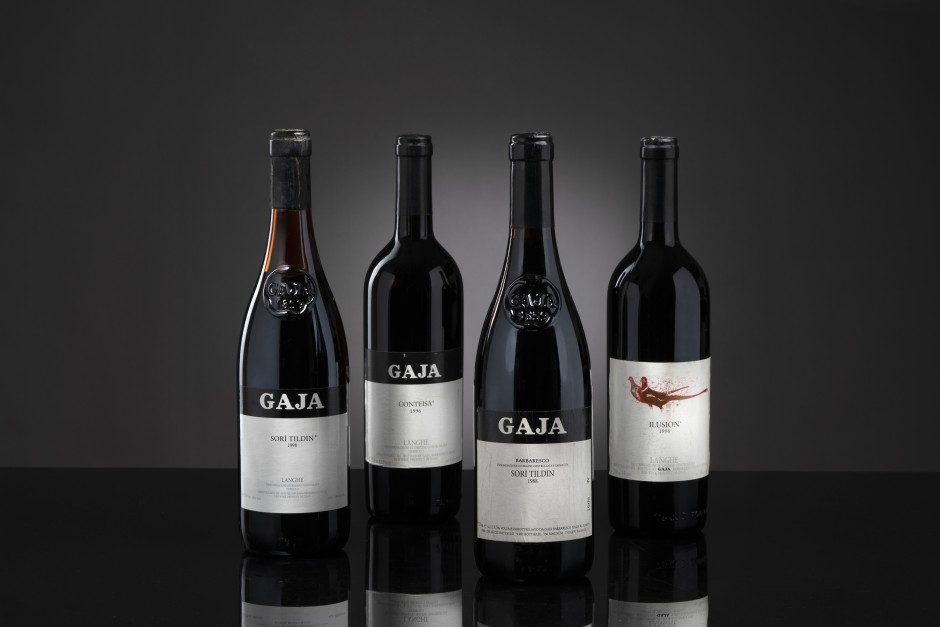 One of most prominent names in the Italian wine scene, highly regarded to be the greatest Barbaresco producer in the country, Gaja is based in Piemonte, a region in the north of Italy. Piemonte has a long and remarkable history that determined the prestige and notability that characterise Gaja bottlings today.

Founded in 1859 by Giovanni Gaja, the winery’s story began when the Gaja family moved to Italy from Spain and opened a tavern serving their wine alongside meals. It was at the end of the 19th century that the Gaja wines started being bottled for the Italian Army. Driven by the desire to be different, the grandson of the founder, another Giovanni Gaja, decided to put the ‘Gaja’ name on the labels in 1937. After the Second World War, Giovanni purchased their first vineyards in the Barbaresco and Barolo districts of Piemonte, prompting the continued growth of Gaja. It was the pivotal influence of Clotilde Ray, mother of Giovanni, that pushed Gaja toward a focus on high quality, employing the highest of standards in every aspect of wine production and seeking high prices to reflect the prestige and value of the Gaja brand.

In 1961, the founder’s great-grandson, and current owner, Angelo Gaja took charge of the company marking the beginning of a revolutionary period for Gaja and the Italian wine industry. Angelo Gaja is an eminent name in the wine world, renowned for his revolutionary and dynamic approaches to wine making, and his ambition to transform the already highly acclaimed Gaja brand into a remarkable international name. Often clashing with his father’s ideas, Angelo Gaja brought bold concepts and innovations into Gaja’s method of producing wine, inspired by his regular trips to France. Angelo pioneered the use of barriques (French oak barrels), the concept of single-vineyard wines, temperature-controlled vinification, longer corks, higher density planting, green harvesting, Piemonte malolactic fermentation and the cultivation of French grapes in Piemonte. While these ideas were initially met with controversy, Gaja modernised and changed the perception of Piemonte as an Italian wine region, nationally and internationally, ultimately transforming the wine making system in Italy. Angelo managed to perfectly blend innovation with the traditional techniques that characterised Gaja since 1859. It is under Angelo’s guidance that Barbaresco started to be noticed under a new light, moving away from the shadow of Barolo to become Gaja’s flagship wine and compete with the biggest names in France.

Gaja’s success broadens beyond Piemonte, with vineyards in Montalcino and Bolgheri in Tuscany being acquired in 1994 and 1996. Gaja currently has an annual production of 350,000 bottles and produces its signature Barbaresco DOCG, made from 100% Nebbiolo, alongside Barolo DOCG, Brunello di Montalcino, Bolgheri DOC, Langhe DOC, Cabernet Sauvignon Langhe DOC and Langhe Nebbiolo DOC. The 1985 Gaja Barbaresco DOCG, Gaja’s first-class wine, has been recognised by Wine Spectator as one of "the finest wines ever made in Italy". Despite its prominence in producing fine red wines, 8% of Gaja's production is white wine from Chardonnay, Vermentino, Viognier and Sauvignon Blanc grapes.

As a fifth generation-run company, Angelo’s eldest daughter Gaia Gaja and her siblings have now joined the company, embracing and honouring Gaja’s legacy with Gaia leading a new generation of Gaja prestigious wines.