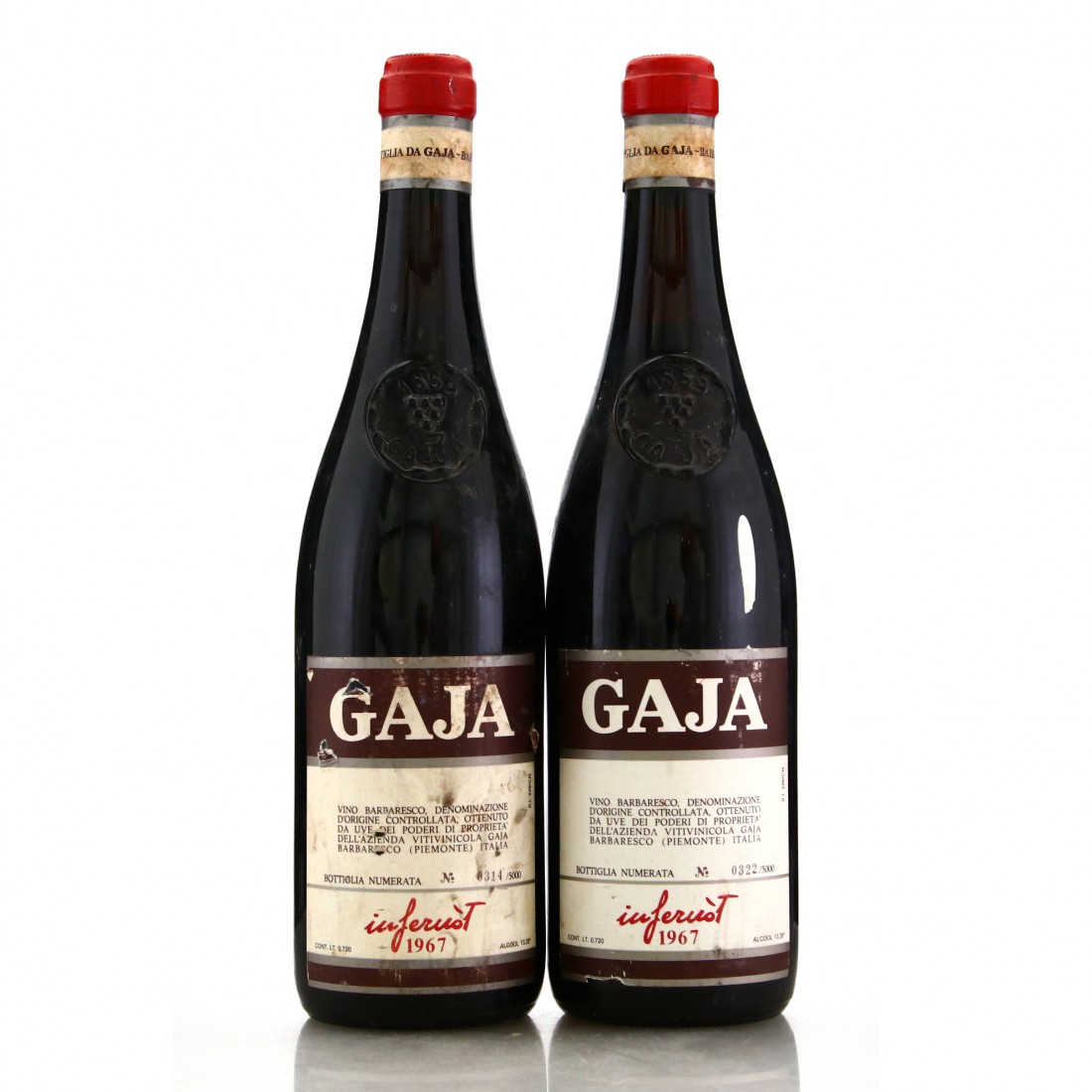 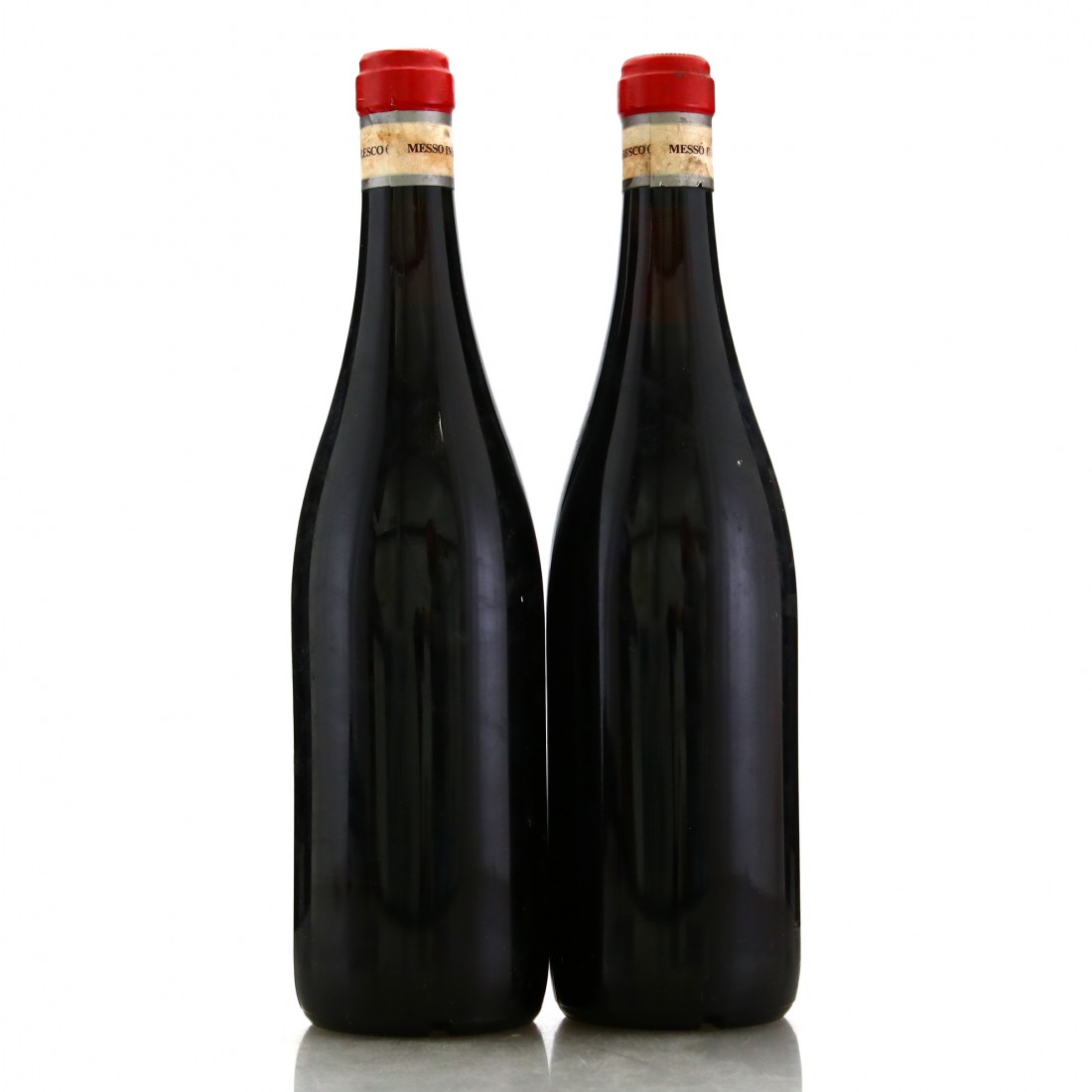 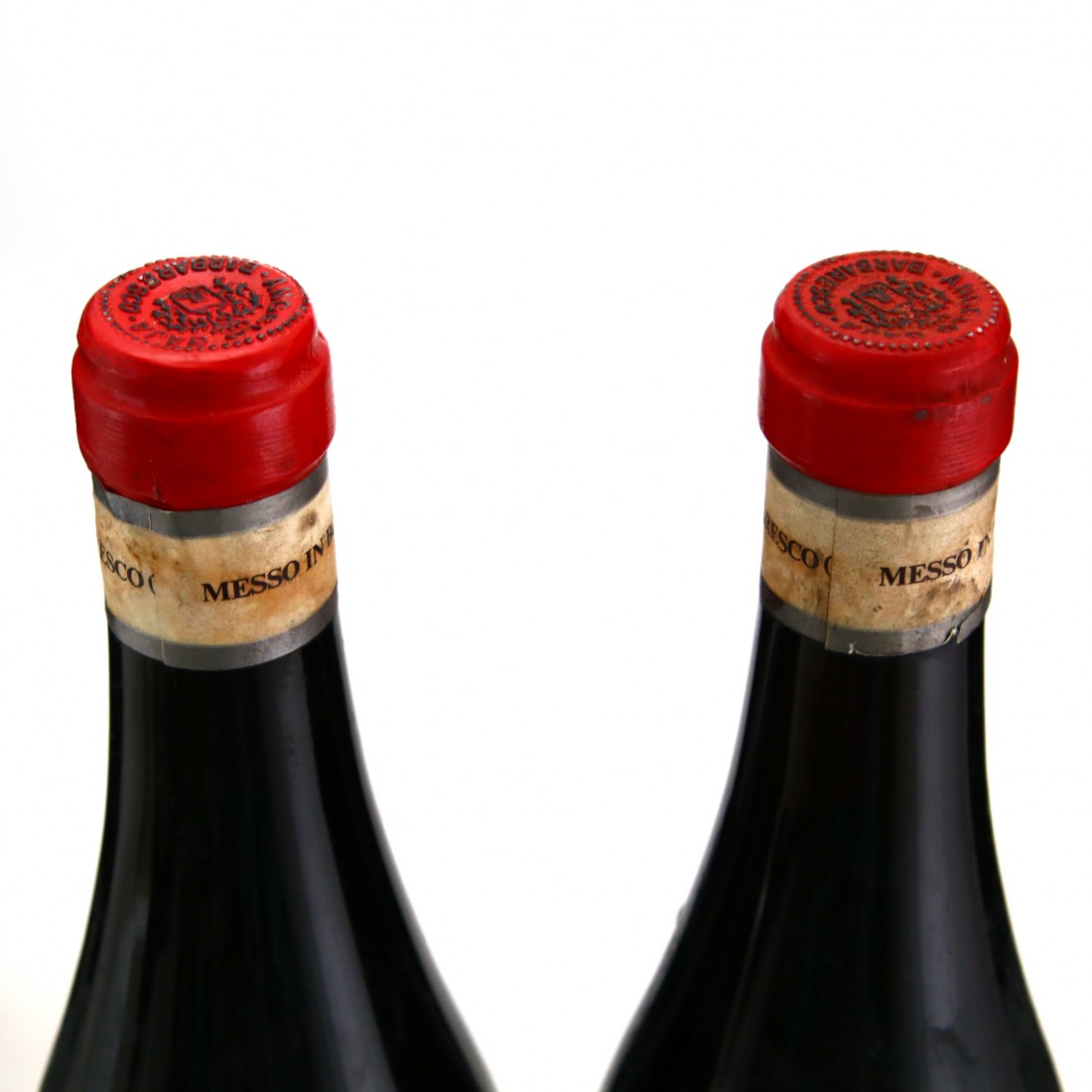 Similar to its more famous Piedmont neighbour Barolo; Barbaresco is made from Nebbiolo grapes, matured for a minimum period of 12 months in oak barrels.

The Gaja estate, one of Italy’s best-known wine producers, was founded in 1859 by Giovanni Gaja and has been owned and operated by five generations of the Gaja family since. Angelo Gaja took over the family business in 1970 and is credited with revolutionising winemaking in the Piedmont region.

Gaja led Barbaresco to international acclaim and this remains their flagship wine to this day. Gaja's "Infernot" is a wine only produced in the region’s best vintages and matured for an extended period in the coldest and darkest corner of the Gaja cellars. The Infernot labelling was used up until the 1970 vintage, after-which it was discontinued.

Please note that there shall be a shipping charge for 2 bottles applied to this lot.